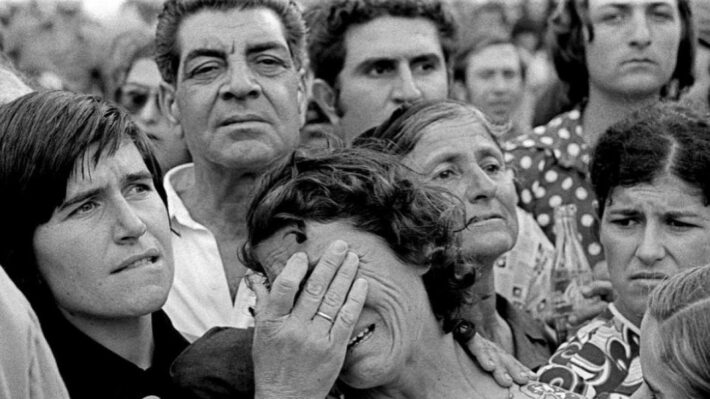 At the doorstep of the third millennium, human rights and fundamental freedoms are massively, systematically and grossly violated in Cyprus by Turkey, as a result of Turkey's aggression against the island in July 1974 and the continuing military occupation of 36% of its territory. Turkey has illegally proclaimed the occupied territory of the Republic of Cyprus as a "separate Turkish-Cypriot State" and demands a solution of the Cyprus issue based on such separation, contrary to international law, the resolutions of the United Nations and the relevant judgments of international and regional courts. The "Cyprus problem" is an issue of human rights and fundamental freedoms of all the citizens of the Republic of Cyprus and any solution must be based on the protection and respect of such rights and freedoms.

THE CASE OF THE MISSING CYPRIOTS 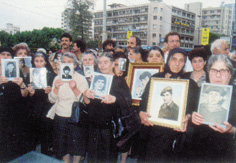 The most tragic result of the Turkish invasion of Cyprus is the 1619 Cypriots still missing since 1974. This number includes not only conscripts and reservists but also a large number of civilians, among them women and children. Most of these missing Cypriots were arrested by the Turkish military forces. The rest were cut off in the Turkish occupied areas of Cyprus. Some of them were trasfered to prisons in Turkey. Several missing Cypriots were reported by international organizations (e.g. the International Red Cross) and the media to be alive in Turkish prisons in 1974 but they were never returned to their homes. The categories and age groups of Cypriot missing persons are shown below:

Turkey refuses to provide any information regarding the fate
of the missing Cypriots, despite the relevant resolutions of the United Nations,
the Council of Europe and the European Union.

BARBARIC MASSACRE OF CIVILIANS - A TESTIMONY 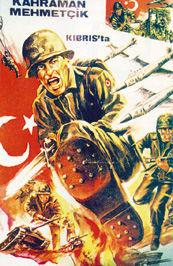 An interview with Mustafa Organ, a Turkish soldier serving in the 48th Ankara/Tsoumbouk artilery brigade at the time of the Turkish invasion of Cyprus, was published on 28th January 1998 in the Frankfurt-based newspaper "Osgur Politica".
Organ refered to the barbaric massacre of about 100 Greek Cypriot civilians who had fled to the small village of Merich (Mora), near Nicosia. "Those killed at the exit of the village were women, children and pensioners who were running for their lives" he said. "The little streets and the exit areas were full of civilian pensioners and small children who were trying to get away. These people were killed in the most vicious way and some of the bodies were cut to pieces. The bodies were lying in the scorching heat for a week. Later officers told us we had to hide the bodies. I drove a bulldozer. Others dug a large and wide ditch and burried them. Soldier Sefket Avcioglu from Maras was also a witness to the event".
Organ refered also to prisoners being killed and robbed and Greek and Turkish Cypriot women and girls being raped by the Turkish officers and soldiers. "I cannot forget a tall dark officer from Adana who raped a 13 year old Greek Cypriot girl, and the rape of two Turkish Cypriot girls near the Nicosia industrial zone" he said.
The above barbaric actions of the Turkish armed forces constitute serious crimes against humanity and Turkey is answerable to the international community according to the provisions of several international conventions.

THE CASE OF THE "ENCLAVED" GREEK CYPRIOTS

Another tragic consequence of the Turkish aggression against Cyprus is the case of those Greek Cypriots who remained in their homes in the areas of the island occupied by the Turkish armed forces.
In August 1974, 20.000 Greek Cypriots (out of the 200.000 who were living in those areas before the Turkish invasion of the island) decided to remain in their homes under Turkish occupation. In August 1975 an agreement was reached in Vienna, providing that those Greek Cypriots who remained in the Turkish occupied areas were to be given "every help to lead a normal life, including facilities for education and for the practice of their religion, as well as medical care and freedom of movement". Unfortunately, Turkey has never implemented the provisions of the Vienna Agreement. On the contrary, in an attempt to take advantage of the de facto situation and divide the island by changing its demographic character, Turkey has implemented a series of well-planned coercive and suppressive measures, imposed on the Greek Cypriot "enclaved", in order to force them to leave their homes and properties.
It is interesting to point out that in 1975 only 9.600 "enclaved" were still living in the occupied areas of Cyprus, while their number was decreased to 685 in 1996 and 631 in Junuary 1998.
It must be stressed that the homes and properties of those Greek Cypriot "enclaved" who are forced to move to the government-controlled areas of Cyprus are given to Turkish settlers who were illegally brought from mainland Turkey to the occupied areas of the Republic of Cyprus.

Aiming at changing the demographic structure of the Republic of Cyprus, Turkey has transfered a large number of Turkish civilians (about 100.000) in the areas of Cyprus occupied by Turkish armed forces. Such action is considered by international law as being a crime against humanity. This is clear according to article 49 of the Geneva Convention (IV) of 1949, which reads as follows:

Unfortunately, Turkey gave those illegal settlers the status of the "national" of the also illegally established Turkish Cypriot "state". The illegal settlers were given the homes and properties of the Cypriots who fled to the South of Cyprus during the Turkish invasion, becoming refugees in their own country.